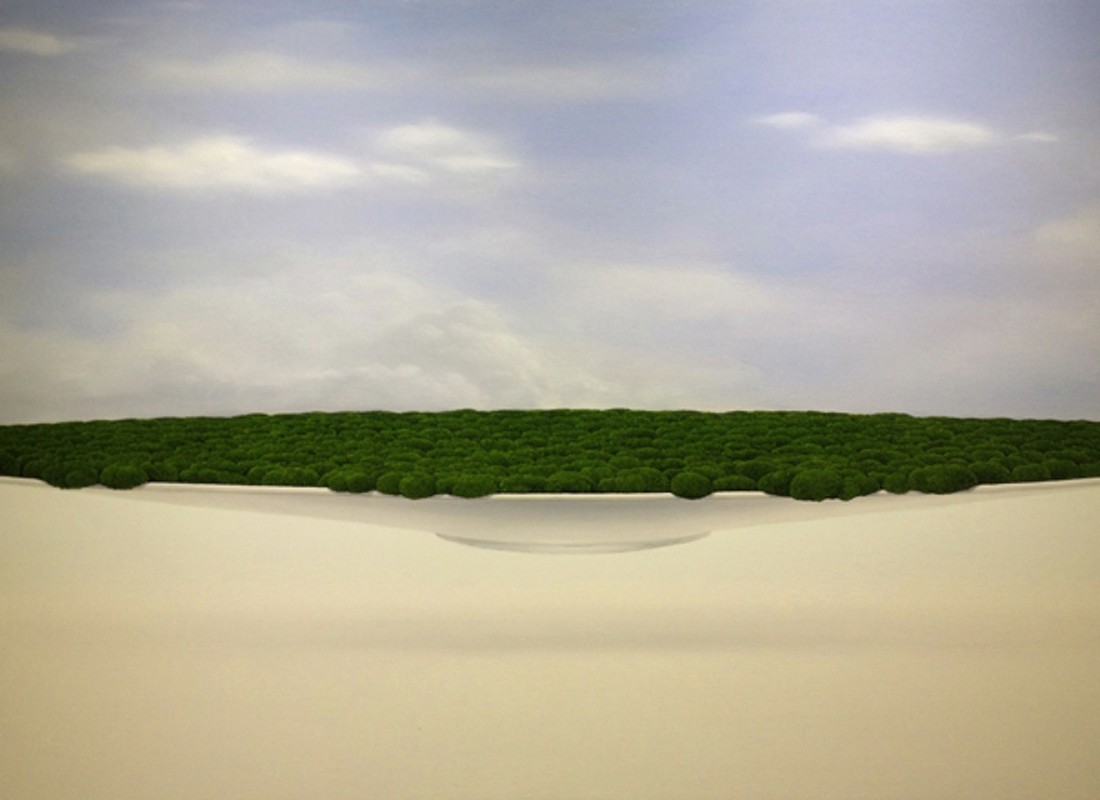 Yang’s initial work was mainly drawing moss grows in a toilet seat. In recent years, dishes (bowls) are used for his moss series work. The moss arranged in a toilet seat or a tableware is the artist’s reflection on ‘a natural life’ or ‘naturalness’.  A Toilet seat is a tool for excretion reflecting a sense of internal excretion, that is, self-reflection. Contrary to 'toilet', 'tableware' is a tool for eating. Eating is sensuous desire accepting the outside world. Dishes and toilets have the meaning of natural circulation. YANG chose moss as the core subject matter to express his desire for natural life, a state of harmony with the world outside. Moss is a small plant alienated from other plants. However, moss spreads quickly around and harmonize with its surrounding. This reproduction of moss is natural physiology and Yang takes it as a nostalgia for the smooth running of the existence itself. YANG discovers the meaning of cleansing and connection in the moss which spreads to the surrounding area. Through moss, YANG expresses the naturalness and harmony between human and he connects this theme with a natural life and a desire for relationship in a society.

In addition, the artifacts placed on the background of the sky and the diverse forms of moss clustered in various forms resemble a small forest and give surreal mysteries.